We have quartz stone cooperative factories in Vietnam, the Philippines, and Malaysia, not only export from China mainland directly.

Get a free quote

We are the most professional manufacturer in engineered quartz slabs, kitchen countertops & vanity tops more than 21 years in China.

Long-lasting and beautiful surface: compact structure, no micropores, no water absorption, strong anti-fouling, daily condiments in the kitchen can’t penetrate at all. After precise polishing treatment, the product surface is easy to clean and maintain, can maintain long-lasting gloss and beautiful like New.

More than 172+ different quartz colors we can supply, by good prices and quality as your requests.

No scratching: The surface hardness of the product is higher than that of ordinary ironware. Any household items can be placed on the table. (However, it is necessary to avoid scratching the table with high hardness items such as diamond, sandpaper, and cemented carbide).

Dirt resistance: The quartz stone countertop has a high level of non-porous structure, and the water absorption rate is only 0.03%, which is sufficient to prove that the material is basically free of penetration. After each use on the countertop, rinse the countertop with water or neutral detergent Just.

1. The main components of quartz stone: quartz stone = 90% quartz sand (powder) + 10% resin. Quartz stone is quite different from ordinary artificial stone. Because 90% of quartz stone is natural quartz, its character is closer to natural stone. It has the characteristics of natural stone's hardness and insufficient toughness, and the hardness is higher than that of natural marble, so besides it can be used as a countertop, it is also a highlight of the floor. 2. Processing status Due to the large difference in hardness and toughness between quartz stone and ordinary artificial stone, its processing

Quartz is a mineral resource with very stable physical and chemical properties. Quartz stone is an abbreviation of the plates produced by the current quartz stone plate manufacturers. Because the main component of the plate is more than 93% quartz, it is called It is quartz stone. There are many variants of quartz stone due to different particle sizes, colors, inclusions, etc.: ①The crystalline quality includes colorless and transparent crystal; purple amethyst (commonly known as amethyst); smoke yellow, smoke brown to nearly black citrine, smoke crystal or smoky crystal; light yellow, transparent citrine; rose-red Rose quartz (commonly known as hibiscus

Most of the quartz slabs currently sold on the market have the problem of color difference. Chromatic aberration is a big problem that plagues various manufacturers. How to solve it and what are the reasons for the chromatic aberration? It needs to start from the production process. At present, most of the process flow of quartz slate is: Quartz sand and powder ingredients (according to the formula) → mixing → cloth → pressing → curing → thickness setting → polishing → forming Engineered quartz kitchen slab stone According to the above process, the causes of chromatic aberration are:

How is the market for quartz stone? Is the prospect good? Many dealers are paying attention to this issue. In fact, the current quartz stone product market is similar to the artificial stone market 10 years ago. In the future, the market will increase at an annual rate of 500%. Marketspace. Quartz has not appeared on the historical stage for a long time, but it has become a more popular building material now, which is determined by its own advantages. Quartz stone slab is a super hard environmentally friendly composite material produced by the world's advanced technology. The base performance

In the current era of a globalized economy, the ability of an industry to explode in a short period of time depends largely on the needs and demands of the market. In recent years, the quartz stone made by small industries and Dazhi has risen rapidly with the trend of sparking prairie fire. It has been favored by the stone consumer market and occupied many application fields of home improvement and tooling. This time we will take you into the quartz stone industry and explore the reasons behind this phenomenon. Based on the huge market space and economic potential of 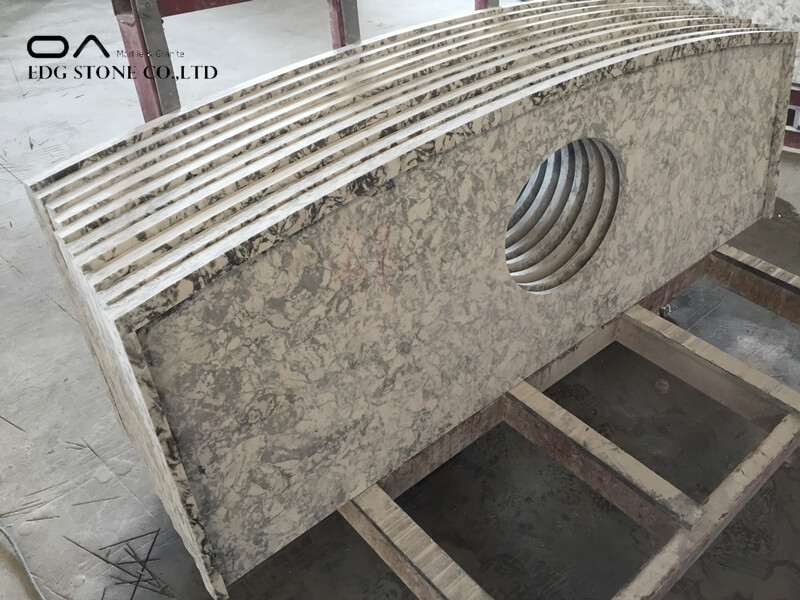 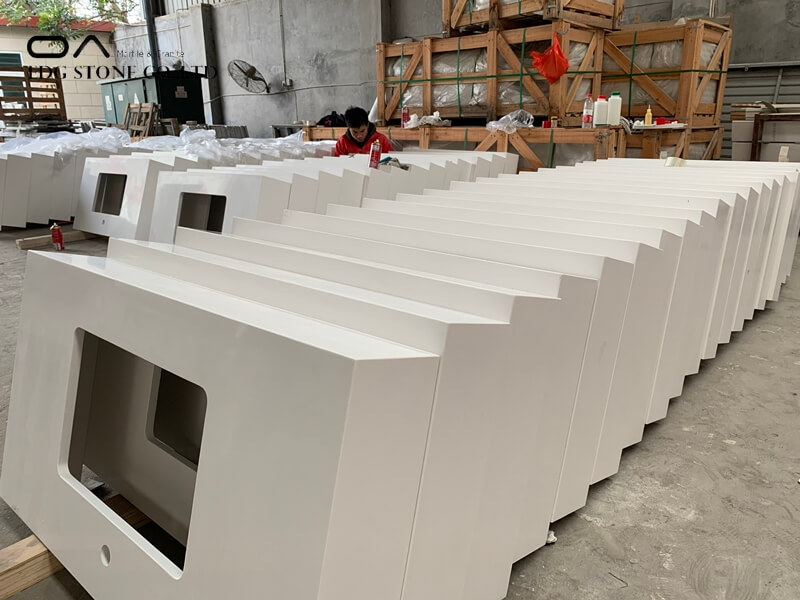 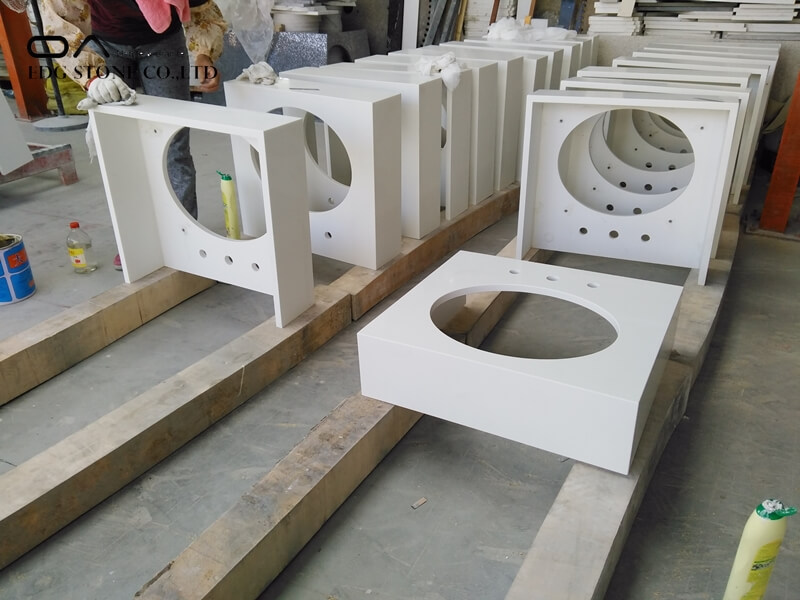 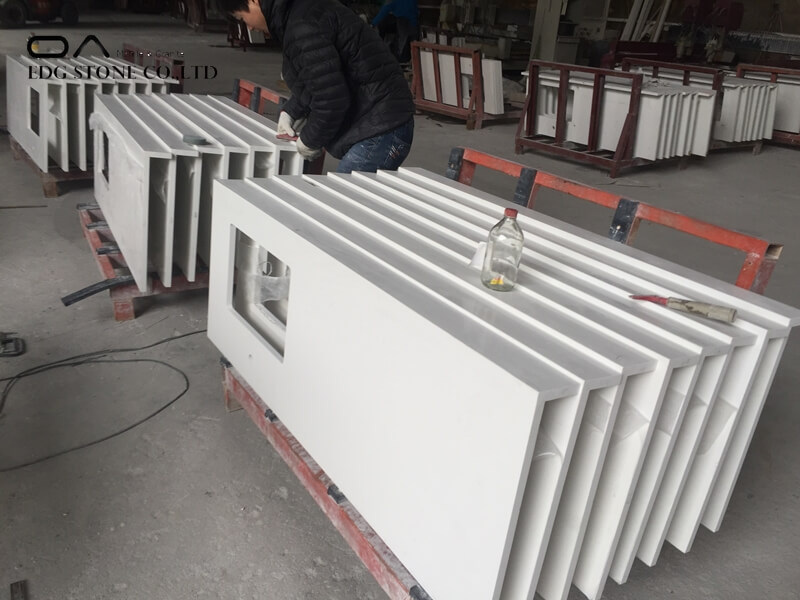 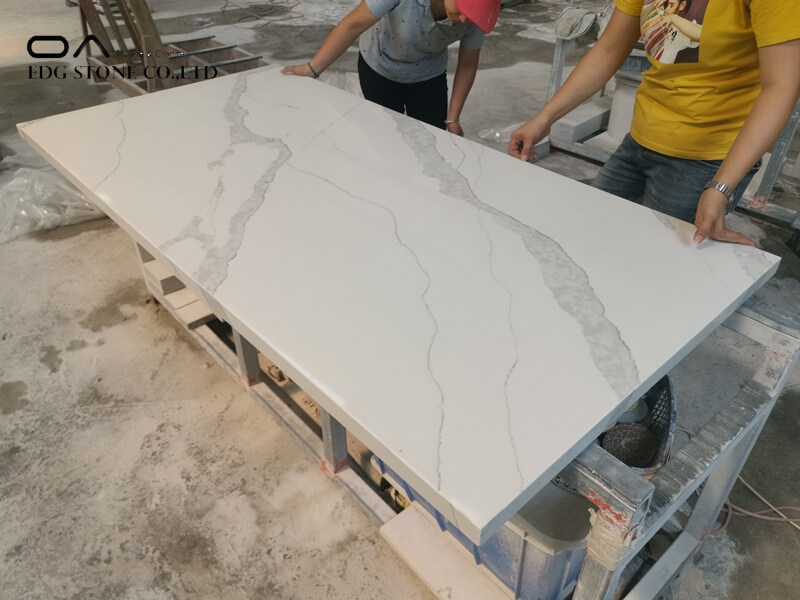 12Next
VIEW ALL PROJECTS

EDG Stone Quartz has 72 colors in 6 series. The 6 series are: Calacatta Gold, Linear Board, Mixed Color, Pure Color, Grain Series, and Crystal Series, each with different characteristics and the same high-end quality. The application of quartz stone is mainly in three aspects: countertop, wall and ground.

EDG Quartz stone is widely used in homes, hotels, apartments and other places such as countertops, floors, walls, etc.

Due to its high hardness and almost seamless splicing, quartz stone has become a popular decorative material, and also the rich color combination.

There is no best, only better. Committed to high-quality human settlements, with passion to explain life as the business goal. 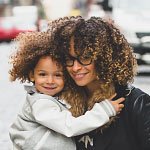 “The quartz stone bathroom countertops of EDG Stone are exactly what we have been looking for, not only because of its high cost performance, but also because of their unparalleled professionalism. Thank you for your help!” 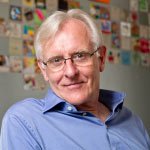 “Richard Xiong and his team impressed me very much, because their professional work and high-quality quartz countertop products have rejuvenated my hotel. I hope we will have more opportunities for cooperation.”

China quartz stone team with over 20-year experience, specializing in design, fabrication, and installation of any type of quartz stone for commercial and residential. Warmly welcome project purchasing manager, individual homeowners & designers, and whole sellers, etc. write us your requirement.

GET A FREE QUOTE

Only takes a few seconds!