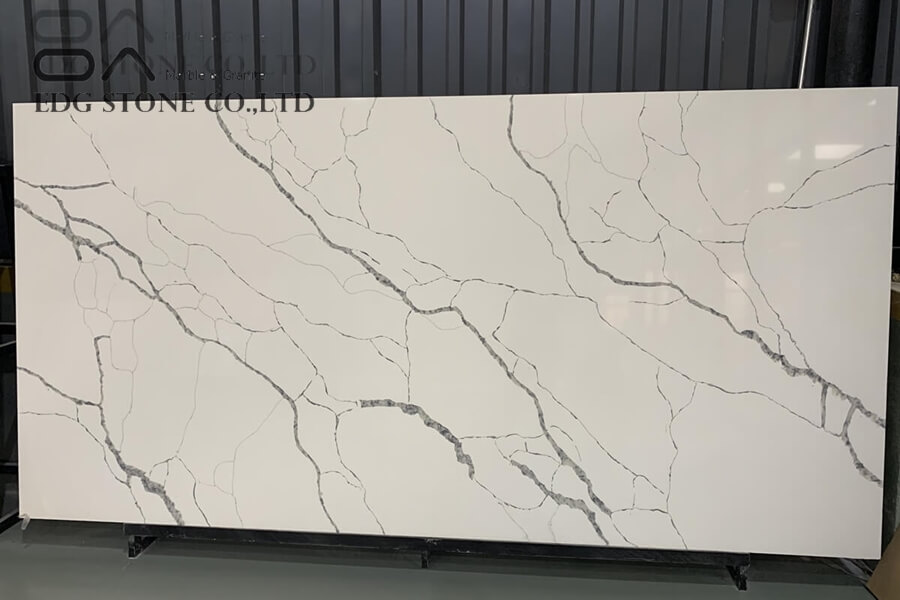 2. Index analysis of the application of quartz sand powder in artificial quartz stone
1. Appearance
(1) Uniform color: no variegated, no debris. Generally, the variegated particles are required to be less than 2%. That is to say, there can be no more than 2 particles with different colors in a hundred particles. Especially bright particles and black particles in the product.

(2) Good surface cleanliness: no dust, clean surface of particles. The dust in the particles is one impurity, and the other is quartz with low purity. The color of the three quartz particles is milky white or colorless and translucent, with grease luster. Dust covers the particles and will appear as a gray layer. The transparent three-dimensional feeling of quartz particles cannot be reflected after the plate is made.

Check the particles of the quartz sand product, put a small sample in a sealed bag, shake it back and forth several times in the sealed bag, and the sealed bag is still transparent. The second is to reach a certain amount of sample with your hand, without any dust on your hand. The third is to take a transparent plastic cup. Put the sample into a plastic cup, pour the corresponding water and stir at the same time to see if the water is turbid. These are all effective methods for testing cleanliness.

The relationship between particle morphology and specific surface area (from large to small): needle-flake-granular-spherical

The Mohs hardness of quartz ore is as high as about 7, and it is brittle without cleavage and has a shell-like fracture. During processing, most of the particles are flaky particles.

3. Granularity composition
Coarse particles are used as aggregates, which are equivalent to the functions of concrete stones and steel bars; they play a decorative and aesthetic effect. The fine powder is the filling and reinforcement function, similar to the fine sand in concrete; it makes the board denser and denser to achieve the anti-fouling effect. The meshes are matched according to the requirements, and the aesthetics of the granular crystals of the plate is made to meet or exceed that of the natural plate. 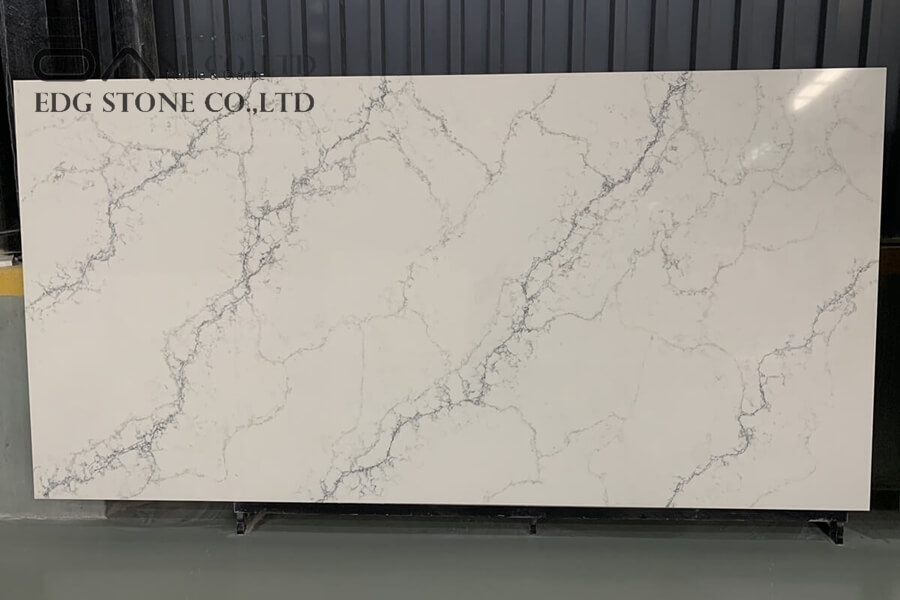 4. Whiteness
Whiteness is an important index required by quartz sand powder in artificial quartz stone, especially since the whiteness of quartz powder has strict requirements and regulations.

Quartz sand does not have strict requirements for whiteness, and the color is consistent.

5. Moisture and packaging
The moisture content should be below 0.5%. The packaging has a moisture-proof effect, try to avoid the use of valve bag packaging.

1. Vein ore
Vein quartz is formed by the hot water solution of SiO2 secreted by underground magma filling and depositing in the rock cracks. The appearance is milky white, white, dense, and hard. Quartz is crystalline, and the crystal grains are coarse, above 2mm. The chemical composition is very pure, the SiO2 content is more than 99%, the impurity composition is very small, and some have red or yellowish-brown water rust. Quartz vein ore bodies are mostly vein-shaped, chicken nest-shaped, or lens-shaped, and some are bifurcated, ranging from several meters to hundreds of meters in length, and tens of centimeters to tens of meters in thickness.

2. Sand (rock) ore
Generally, it is a symbiotic deposit. Quartz is associated with other minerals in a granular state. For example, the tailings in kaolin are quartz. Each kaolin mine has a large amount of quartz sand. The particles range from 5 mesh to 100 mesh. The purified quartz sand contains more than 97% SiO2, and some are as high as 99.5%. Sand made from transparent placer has better transparency than sand made from veins, and its shape tends to be more granular spheres. The oil absorption value is lower than that of vein mineral products.

3. Weathered (powder) quartz
Weathered quartz is natural quartz formed after millions of years of weathering. Its original crystal form is transformed into fine crystal grains, and some of it is transformed into amorphous. The main component is still silicon dioxide (SiO2), and it also contains a small amount of alumina. (Al2O3). There is no report on the application of weathered quartz in artificial quartz stone. I have tested the application of powder quartz on the plate after processing. The particles of powder quartz are fine, and the plates made are more delicate. The smoothness is better and the anti-fouling effect is better. Its crystalline form is amorphous, which is close to the properties of white carbon black silica.

4. Other siliceous materials
Cobblestone is the most common quartz mine. Cobblestone is a byproduct of yellow sand mining. It is named because it looks like a cobblestone. The main chemical component is silicon dioxide, followed by a small amount of iron oxide and trace elements and compounds such as manganese, copper, aluminum, and magnesium. They have different pigments. For example, red is iron, blue is copper, purple is manganese, yellow is translucent silica colloidal chalcedony, emerald color contains green minerals, etc.; because these pigment ions dissolve into dioxide The types and contents of the silicon hydrothermal fluid are different, so it presents a variety of shades and shades, making the pebbles appear black, white, yellow, red, dark green, blue and gray.

At present, vein quartz is mainly used in artificial quartz stone plates. Sandstone quartz and cobblestone quartz began to enter the manufacture of plates. Due to the influence of application promotion and concepts, the current consumption ratio is not high. Following the increasing environmental protection, colored silica will greatly improve its downstream applications. The following picture shows various raw quartz ore and finished products:

2. Beneficiation
The photoelectric beneficiation effect is general, and quartz is not like other white non-metallic minerals. The smaller the quartz ore particles, the better the transparency. The more difficult it is to distinguish by the optical selection, especially the pink and light yellow particles are basically unrecognizable and cannot be selected.

(1) Advantages and disadvantages of selecting quartz by photoelectric color sorter:
Crawler type: It is suitable for a wide range, and the sorting particles are allowed to be between 1 cm and 10 cm. The larger the particles, the worse the transparency and the better the sorting effect.

Chute type: The suitable range is narrow, and the sorting particle range is from 8 mesh to 40 mesh.

(2) Application of photoelectric color sorter
It is recommended to use the crawler type when selecting the type of color sorter, and beneficiation is carried out before the fine crushing. Select again before packaging. Ensure that the product chromatic aberration is small.

In actual production, mechanical cleaning is generally used, and then the photoelectric color sorter is used for sorting, which effectively improves efficiency and reduces beneficiation costs.

3. Selection of process equipment
The selection of production equipment determines the morphology of the processed particles of the product. It is recommended to use iron crushing processing equipment, and not to use high-alumina brick-lined ball mills to process plate sand. The equipment for processing quartz sand should be located in the position of iron equipment, and the iron that can produce abrasion can be removed through the process of strong magnetism and pickling. The high alumina lining brick is subjected to external force during the production process and becomes small particles mixed in the quartz sand particles, turning into white spots (quartz sand particles are transparent, while high alumina fragments are white and non-transparent, and they are obviously white after being made into a plate. ), which directly affects the appearance of the board. After the alloy wears out, it enters into the quartz sand particles. The alloy is not highly magnetic, and it is difficult to clean it by strong magnetic separation. The alloy particles are subjected to photosynthesis and oxidation in the artificial board and gradually rust and change color, causing the entire board to lose its original color.

In the manufacturing process, plastic products or wear-resistant measures should be used for containers and transportation to reduce secondary pollution.

The screen for making sand can be made of nylon screen instead of stainless steel. 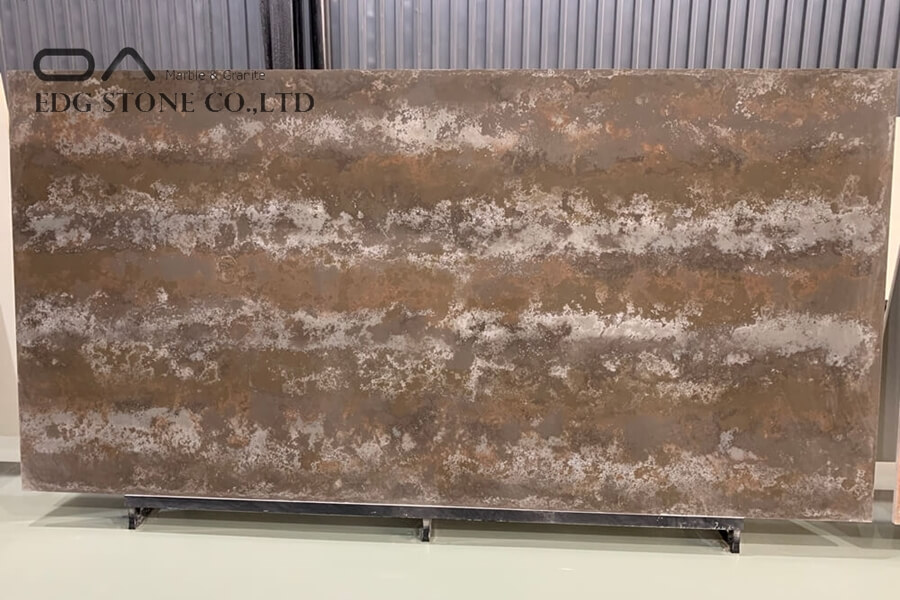 4. About the use of pickling sand in artificial quartz stone
Strictly speaking, it is strictly prohibited to use acid-washed quartz sand to produce artificial quartz stones. Acid-washed quartz sand is likely to leave acid on the surface of the quartz sand particles, causing slight acid and photosynthetic oxidation, and the plate is directly yellowed. In order to reduce the cost of small manufacturers on the market, many acid-washed quartz sand manufacturers do not have the conditions to completely clean the acid. There is insufficient understanding of quartz, and it is believed that quartz sand does not absorb water, so it does not absorb acid. Do not pay attention to the residual acid value. The surface of the quartz sand particles is not completely mirrored but is composed of many small bumps, which is a condition for acid residues. Therefore, the acid of pickling quartz sand must be pickled to neutral.

For pickling raw quartz ore, it is easier to wash away acid residues. The efficiency is higher than that of pickling quartz sand. The disadvantage is that part of the pickling is not possible, such as the yellow skin in the middle of the quartz block.

The mechanical iron is removed by strong magnetism, and the quartz sand particles cannot have mechanical iron residue. The sequelae are the same as acid residues, unlike the yellowing of the whole plate with acid. But it will produce a little bit of rust on the plate.

Before the product is ready for packaging, it must be inspected with a magnetic rod of about 8000 Gauss to see if there are alloy particles, semi-sand iron particles, etc. in the finished product. Random sampling, less than 5 iron particles are allowed on the magnetic rod in a sample of 20 kg to 50 kg.

6. Surface coating treatment
Quartz sand for artificial quartz stone plates, currently there is very few manufacturers that carry out modified coating treatment. In the production, for the particle coating modifier, it is better to add the coupling agent when mixing. Better results.

After the drying of the product is about to end, the modifier is sprayed so that the modifier and the quartz sand particles are in full contact.

Five, summary
The basic requirements of quartz sand for artificial quartz stone plates are:
1. The color is the same, transparent as transparent, white as white; red as blood, black as ink, yellow as jade, etc. In short, a product cannot have a second color in it.

2. The particle size composition is uniform, and there should not be too many particles that are too coarse or too fine, which will affect the aesthetics of uneven particle size. The pursuit of particles tends to be granular so that the board is closer to the natural board.

3. The product has good cleanliness and no dust. 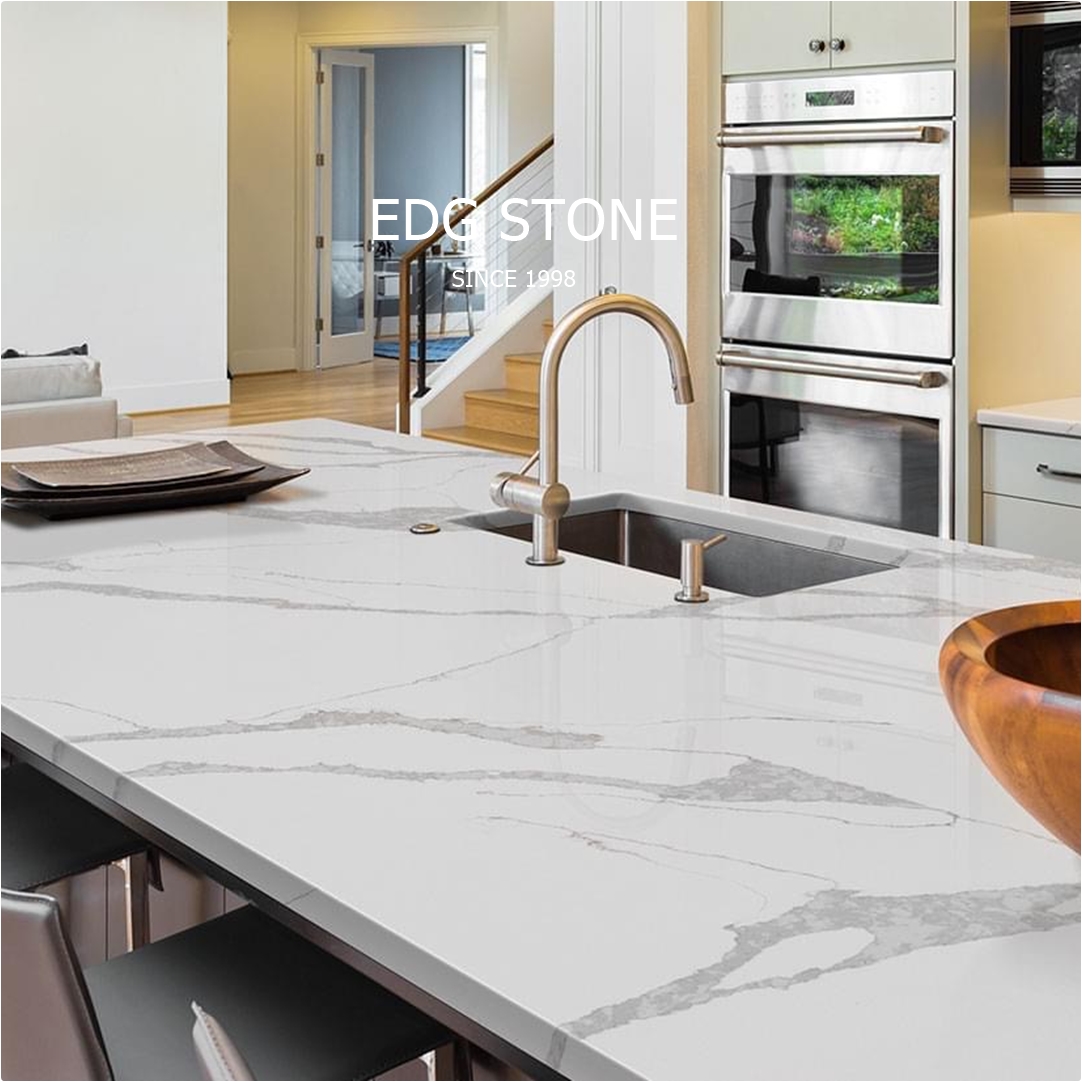