Quartz stone develops well: the next gold mine in the stone industry

Quartz stone develops well: the next gold mine in the stone industry

The current quartz stone product market is similar to that of the 20-year stone market and the artificial stone market 10 years ago. In the future, the market will increase at an annual rate of 500% and has a huge market space. 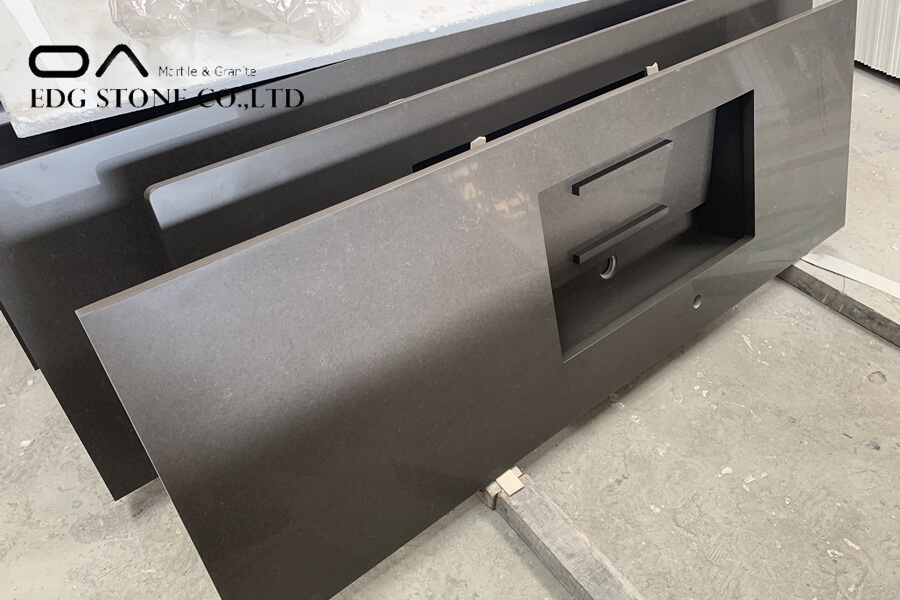 At present, foreign quartz stone brands include Cerestone, Caesarstone, Heathrow, Cernostone, Delistone (Czechstone), and so on. There are 16 quartz stone manufacturers in the world, and Delete alone has 20 production lines. Its products account for 90% of the European market and 70% of the American market. Although the number of quartz stone manufacturers is increasing and the output is increasing, they are still far from meeting the needs of the market. South Korean quartz stone manufacturers export 130 million to the European and American markets every year, and almost all products of Czech stone are exported. In addition to regions with mature quartz stone consumption such as Europe and the United States, the quartz stone market in the Middle East, Southeast Asia, Singapore, Malaysia, Thailand, Vietnam, Hong Kong, Japan, South Korea, and other regions has grown significantly. Quartz stone factories have also appeared in small countries such as Vietnam and Thailand. Quartz stone is quietly entering our site and into our lives.

Initially, quartz stone was only used on cabinet countertops, furniture countertops, and laboratory workbenches with high surface requirements. With the economic development and the further maturity of the market, more and more foreign grounds, walls, furniture, and other fields began to use quartz stone, such as various large hotels, luxury residences, landmark buildings, quartz stone is gradually becoming a substitute for natural stone. The customers who use quartz stone are constantly changing. From traditional wholesalers to real estate development companies to architectural decoration companies, more and more people are joining the trend of quartz stone consumption. International customers generally believe that quartz stone products are high in hardness and high-end. Compared with natural stone, they have more design possibilities and are environmentally friendly and non-radiative. Although the largest stone in the market is still granite, quartz stone is a popular trend in the future. In the future, it will replace other man-made stones and most natural stones. Now quartz stone is in short supply in the global market, and this situation will continue for at least five to ten years. 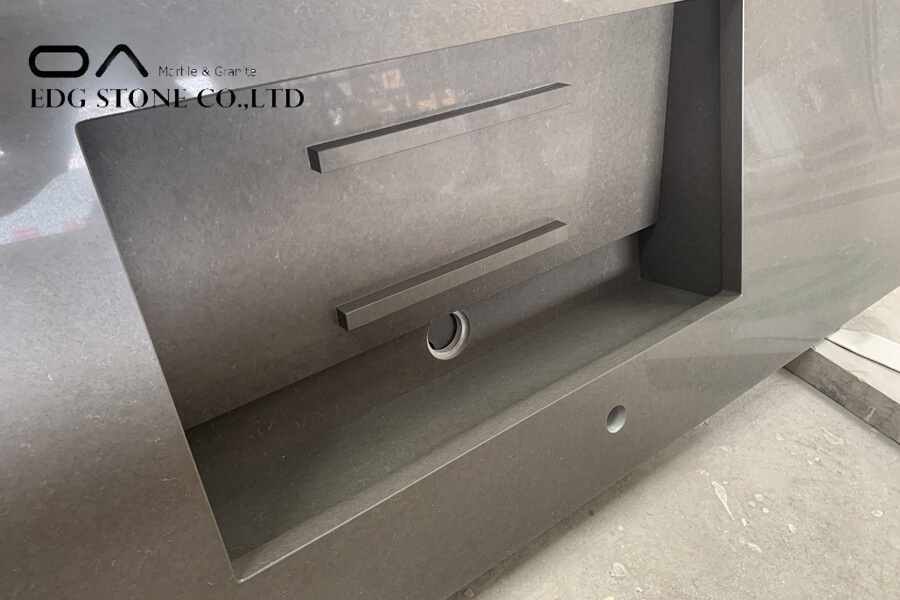 So what are the advantages of quartz stone, let us first take a look at the difference between it and natural stone. As decorative stone, there are natural stone marble and granite; there is artificial marble in artificial stone, artificial granite, microcrystalline stone, solid surface material, etc., and there is also a new type of decorative material synthetic quartz stone. Marble, granite, and other natural stones have natural textures and are more beautiful. Natural stones have a Mohs hardness of about 4 and have strong wear resistance, pressure resistance, and flexural properties. The development and production are very simple, and the entry threshold is relatively low. Therefore, natural stone is currently the most widely used decorative stone. However, natural marble has pores and is prone to deposit grease. Although marble looks strong and durable, it is not very resistant to stains. If a heavy liquid such as soy sauce is dripped, it will easily penetrate into the texture and be difficult to clean. Moreover, natural marble is brittle and prone to breakage during application; granite has strong radioactivity, and if it exceeds the standard, it will cause harm to the human body. With people’s pursuit of quality of life and health, the market space for natural stone will be further compressed. Let’s take a look at the artificial stone. The artificial stone is divided into imported and domestically produced. It is made of stone powder and artificial fiber through high temperature and pressure. Its main characteristic is that it is colorful, has no pores on the surface, has strong dirt resistance, acid resistance, corrosion resistance, abrasion resistance, and is easy to clean. The treatment of deformation, bonding, turning, and other parts are unique; because there are no pores on the surface, oil and water stains are not easy to penetrate into it, so it has strong anti-fouling power; it can be seamlessly bonded at any length, and the adhesive of the same material After the blocks are bonded, they are polished and become a whole body. However, artificial stone is easily scratched, has an insufficient hardness, antibacterial, and environmental protection is not ideal.

Now let’s look at quartz stone. Quartz stone is a large-scale plate made of quartz crystals, resins, and trace pigments under vacuum conditions through heterogeneous polymerization technology. Up to 94% of the quartz crystals are the main structure to make it texture. It is harder and more compact and has the characteristics of wear resistance, pressure resistance, high-temperature resistance, corrosion resistance, and penetration resistance that other decorative materials cannot match. The combination of rich colors gives it the texture of natural stone and beautiful surface gloss. Quartz stone is a high-end fashion building decoration material. The main component is quartz. Quartz is a mineral next to diamonds in nature. It has a very hard appearance and excellent physical and chemical properties. The Mohs hardness of the finished quartz stone is above 7, which determines the excellent characteristics of the quartz stone. From the above, we can see that natural stone and general artificial stone have some limitations in the use, while quartz stone can avoid these shortcomings. Moreover, quartz stone has no radiation and is an environmentally friendly and healthy decorative material. These advantages are unmatched by natural stone, so quartz stone is synonymous with perfect decorative materials abroad and has become an alternative product for natural stone. 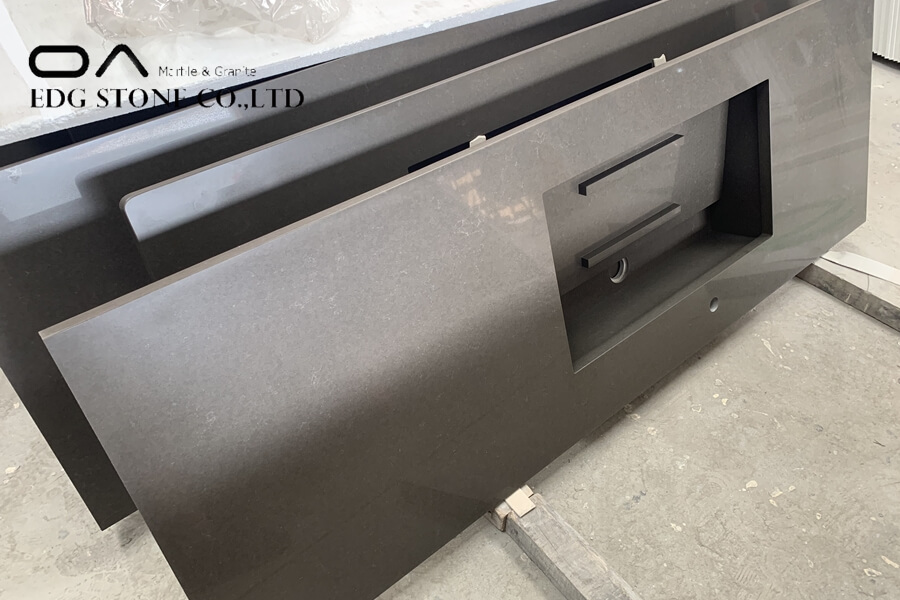 Artificial quartz stone has become an emerging countertop material in the world, and more and more quartz stone products are entering consumer homes in Europe and America. Especially at the Milan International Cabinet Fair in 2006, we can clearly feel this trend in the new products launched by famous brand cabinets from all over the world. Most cabinet brands use quartz stone instead of natural stone and traditional artificial stone for display. In the Chinese market, imported brands such as Cerestone, Xi Shilong, and Sinostone, as well as domestic brands such as Bevatron and Deming, have appeared in the Chinese market.