What is the difference between different production processes of quartz stone?

What is the difference between different production processes of quartz stone?

Many people choose to use quartz stone as cabinet countertops during home improvement. Regarding the identification of the authenticity of the quartz slabs, there is a wide range of information on the Internet. Once the quartz stone has cracking or bleeding problems after a period of use, the normal reaction at this time is that it is deceived. However, quartz stone is divided into two manufacturing processes, die-casting and casting, and different processes bring different performances. Which one did you choose? The editor will explain the difference between die-cast quartz stone and cast quartz stone. 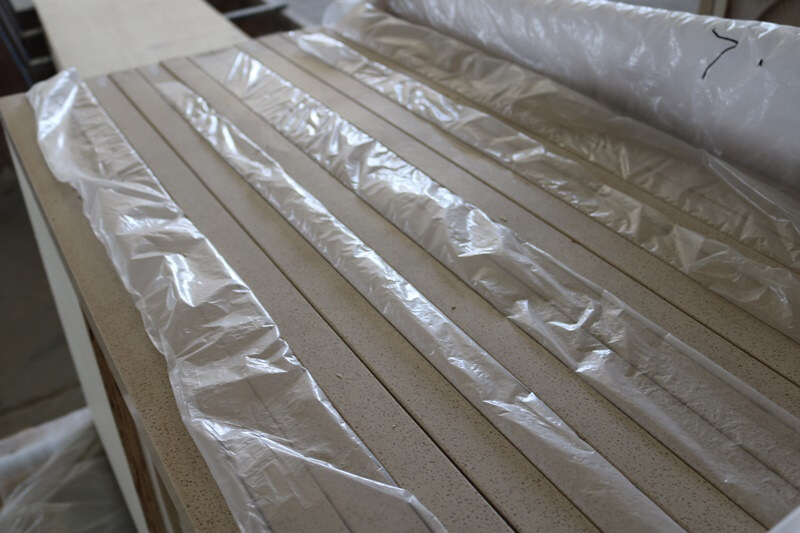 The die-casting plate is manufactured after a series of procedures such as vacuum, high pressure, high shock, and high temperature. Due to its processing technology, its hardness and specific gravity are relatively high. Impermeability, crack resistance, heat resistance, and scratch resistance are all very good.

However, the production process of the cast plate is improved from the original artificial stone production process. The raw materials are directly poured into the mold and vacuumed after stirring. It has not been subjected to high temperature, high pressure, and high shock. Its density and hardness are relatively low and lightweight. There are obvious differences between the pattern particles on the front and back, which are easy to burst and deform. 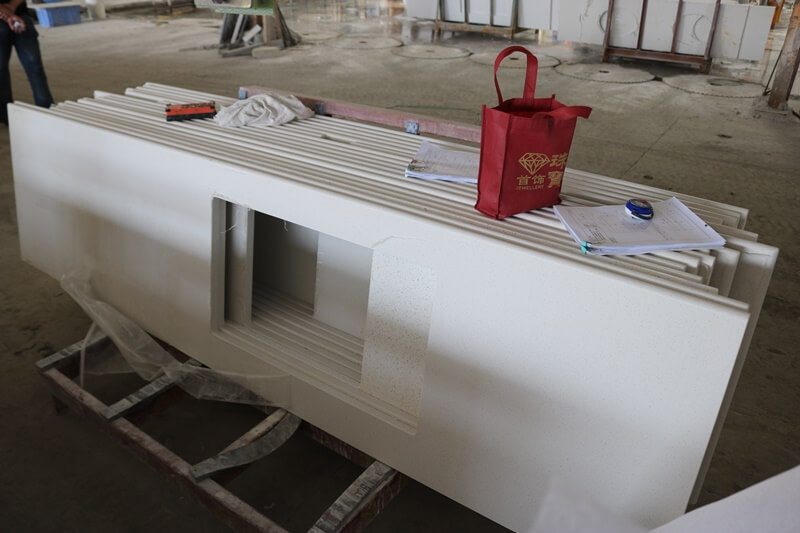 Most of the cheaper quartz stones on the market are cast plates because its production process is almost the same as that of ordinary artificial stone. The liquid is solidified on the mold and formed in a vacuum. The equipment cost is lower. Generally, artificial stone manufacturers can produce them. Don’t lose the value for the price of the item, try to choose the products of the regular quartz stone manufacturer when buying!