Does the quartz stone slab itself have anti-blasting resistance?

Does the quartz stone slab itself have anti-blasting resistance?

Quartz stone has become an indispensable decorative stone for home decoration. Its scientific name is polymer composite material, also known as synthetic stone, which belongs to artificial stone products. It is made of 93% (not less than 90%) quartz crystal, 7% resin, and other binders by manual die-casting. Because the content of quartz sand in the quartz stone plate is higher than 90%, it is called by the quartz stone manufacturer It is quartz stone. 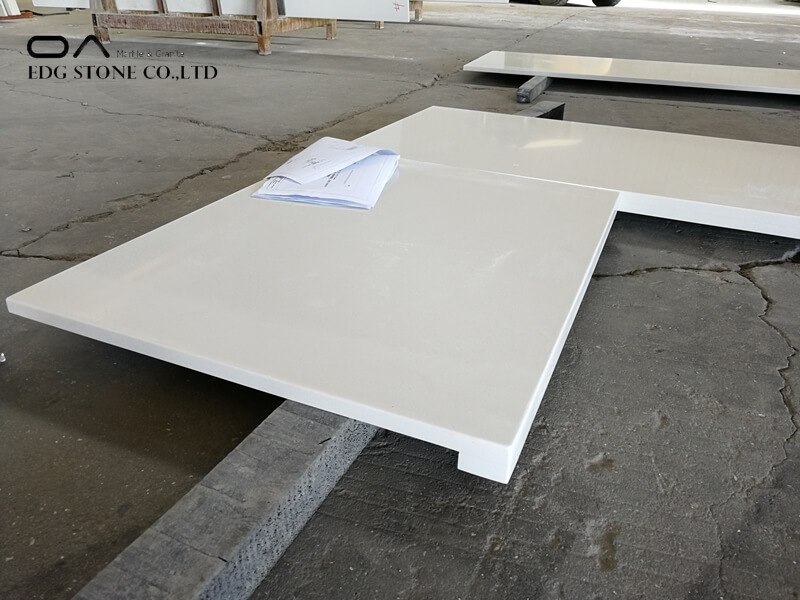 The surface of the quartz stone plate is smooth, compact, and non-porous. The density of the plate is 2.3-2.6g/m3 (15mm thickness), and the water absorption rate is almost zero. Therefore, the quartz stone has abrasion resistance, scratch resistance, high-temperature resistance, anti-permeability, and Explosion, and so on, this is what we often hear in the purchase. Today we will talk about the explosive resistance of quartz stone!

People buy quartz stone to a large extent because of its anti-explosion property. Some sellers will also conduct small ball anti-explosion experiments for buyers on site. However, why we often have so many bursting cases in our use? Although quartz stone has anti-cracking performance, it does not mean that it will not burst. Its anti-blasting property is definitely superior to other stones. 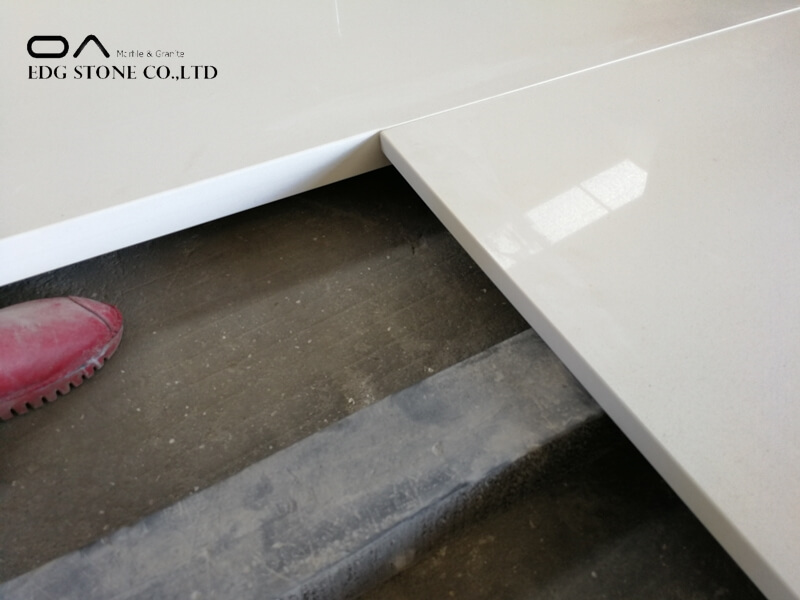 Why does quartz stone explode? Because quartz stone is a brittle polymer composite material, it also has the characteristics of thermal expansion and contraction and also has certain mechanical properties such as shrinkage stress, impact toughness, and elongation at break. When the material cannot withstand the internal thermal expansion and contraction Cracks can occur under stress and severe external impact. There are also man-made factors. Edge chipping occurred during the processing of quartz stone, which caused small cracks in the plate to crack during use. When the quartz stone is installed without an expansion joint, it will also cause cracking.

Although quartz stone may occasionally crack and fracture, it is still a good choice for decorative stone. As long as you choose a good quartz stone to avoid unnecessary damage, I believe that the quartz stone can be used for a long time without problems.

How to avoid it in use? Note that the surface should not be locally heated for a long time, and should not be hit by heavy objects. No matter how good the product is, it has its weaknesses, and only daily maintenance can extend its service life!