Methods to improve the quality of artificial quartz stone slabs

Methods to improve the quality of artificial quartz stone slabs

After rapid development in recent years, the production of artificial quartz slabs in my country has increased sharply, with an annual output of nearly 10 million square meters, and a considerable part of it is exported abroad. The current problem is how to improve the quality of artificial quartz stone plates. The author believes that the following aspects can be considered. 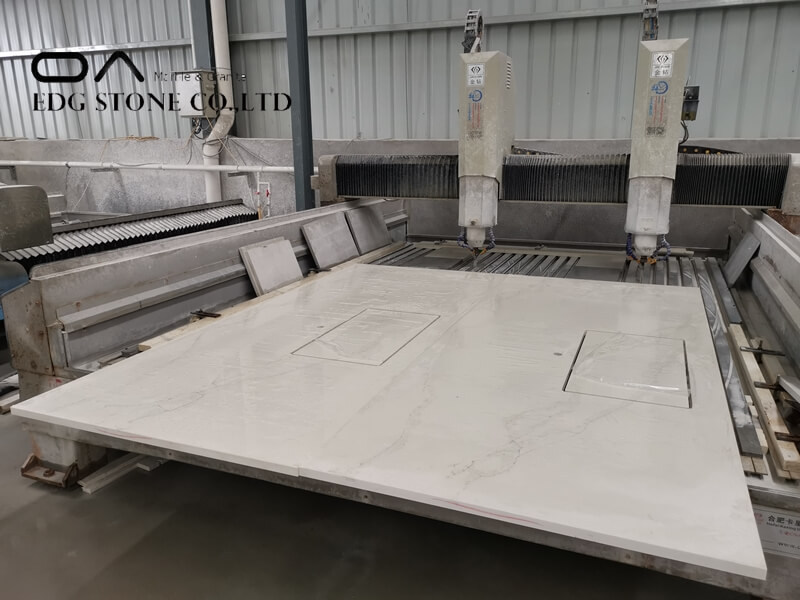 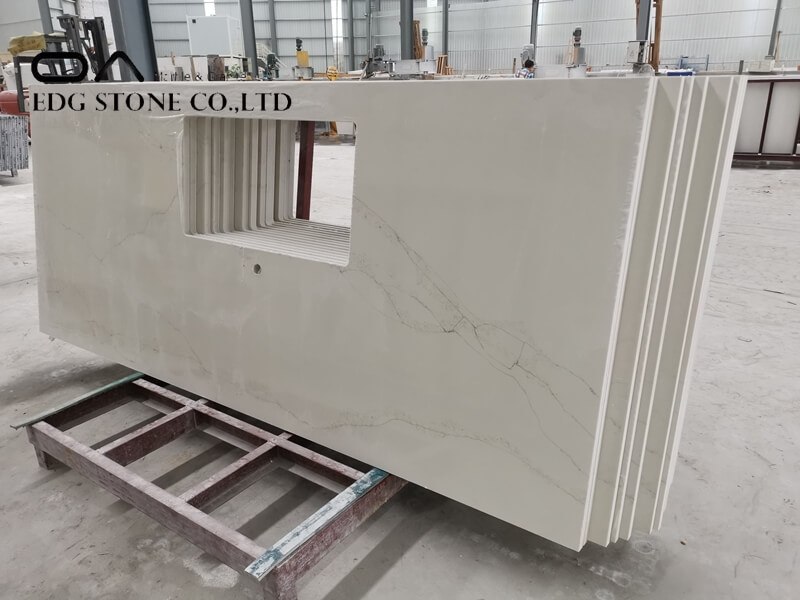 Second, improve the quality of quartz stone plates
1. When observing the surface finish of the board, it is found that the areas with particles are bright, but the powder is not bright. The powdery part is not bright, which is caused by the low hardness of the quartz powder. Therefore, increasing the hardness of quartz powder is an effective way to improve the hardness and smoothness of the plate. After many tests and applications, it is found that adding 10% of 100-mesh flat glass powder to 325-mesh quartz powder can increase the Mohs hardness of the plate by 0.5 and increase the surface finish by 3 to 5o.
2. The watermark problem of fine-grained quartz plates is a difficult problem to be solved in the production of quartz plates. Generally, the production plant starts by improving the mixing effect of the mixer, and adding a squeezing machine before the cloth to solve the problem, it will receive a certain effect, but it cannot be eradicated. After careful study, the so-called watermark problem, in addition to the problem of the formula, is actually caused by the different densities of the entire surface of the board, that is, the pressure and vibration force on the entire board during pressing are different. The solution is to increase the rigidity of the indenter. 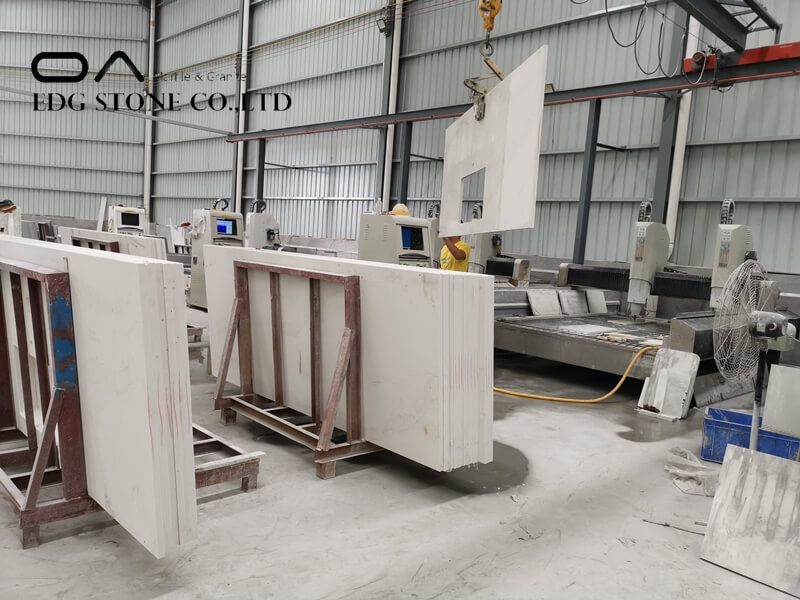